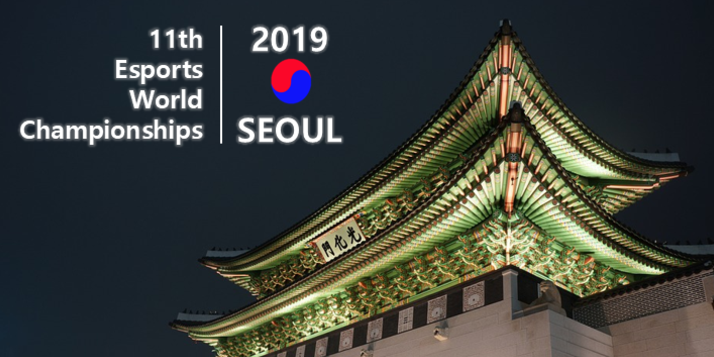 IESF’s 11th Esports World Championship will be held in fourth quarter of the year in Seoul.

Seoul is undoubtedly the Mecca of Esports, and participants and spectators will be able to indulge in the numerous PC bangs that are to be found in this vibrant and dynamic city. Seoul too has a long history of Esports broadcasting of over 18 years, as well as wonderful governmental support for the development of Esports.

IESF’s annual event, that is, IESF’s Esports World Championships, is the sole tournament for esports where athletes compete against other national teams while officially representing their own country.

In 2018, the city of Kaohsiung played host to the 10th Esports World Championships at which 3 official titles – League of Legends, Counter-Strike Global Offensive, Tekken 7 were played. No less than 459 team members from 46 countries participated in such event, which had increased in size over previous years.

The 11th Esports World Championships will again be a central point where all esports enthusiasts can gather to learn, enjoy the camaraderie, and be entertained at a truly remarkable and unique esports event. For more information about bidding for the event, you are invited to read:[ https://www.ie-sf.org/news/host-bidding-announcement-11th-esports-world-championship-2019/ ]

Team USA eSports will be present at the 11th IeSF Championship!!