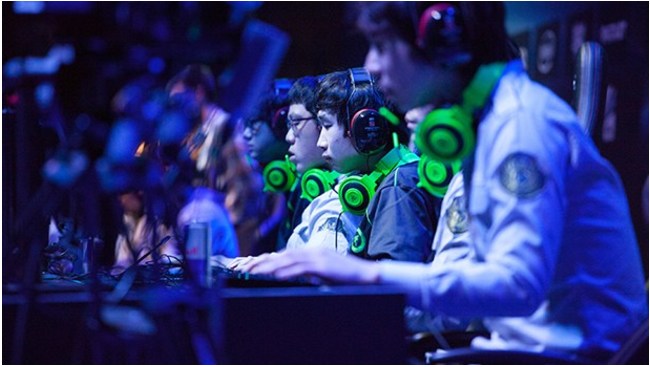 Sponsors are crucial for the future success of our chapters and programs. We want to try to keep the registration fees down so that anyone that wants to play will be able to afford the sign-up fee. Please contact us if you have an opportunity to sponsor.

Sports and competitive gaming are growing in popularity and gaining viewership each month. The current value of the eSports market is approximately $900 million, a figure that should continue to rise throughout the year.

Consider that the prize pools for the most popular eSports games (League of Legends, Dota 2, Call of Duty) get richer with each passing year. The International 2017, the world championships for Dota 2, broke the record for the largest prize pool in eSports history at $24,787,916. But more impressive is that every International since 2014 has accomplished that feat.

And as with any successful industry, a greater valuation means more money will follow. For competitive gaming, that has taken shape in the form of eSports sponsors and gaming sponsorships. These eSports sponsorship deals are helping push international competitions from a niche segment to full-fledged sporting events.